Bat in Your Pocket

“The only other inhabitant on this island where I have been stationed, is your lover who lives on the other side, with the one and only beach. On the maps it is noted as Upper Side, though he refers to it as Marina. Indeed, it is the island’s actual marina. He sits there all day long, idle to be sure. The truth be told, he ‘s opened a wine store for the Aegean pleasure crafts. It’ll be a great success, he says, from May onwards, when the Italians come around. You wait and see, he says.”

“I am not well acquainted with your city. I only have visited it – which is to say yourself, in a way – maybe four or five times. The one I am about to tell is among the shortest. And I am embarking on this narration because you have repeatedly asked, knowing full well that our relations afterwards will not be the same. But so be it.”

Twenty stories with humans, animals and birds in dark triangles. Stories which secretly stow away a bat in the reader’s pocket.

Thodoris Rakopoulos was born in 1981 in Amindaio. He has written the following books: Fayum (Mandragoras, 2010), Mineral Forest (Nefeli, 2013), The Gunpowder Conspiracy (Nefeli, 2014) and Bat in Your Pocket (Nefeli, 2015). For Fayum, he was awarded the state prize for first book. He has translated Philip Larkin. His poetry has been translated in six languages. He has the blog Africa by any other name. He works at Bergen University (Social Anthropology Department) in Norway. 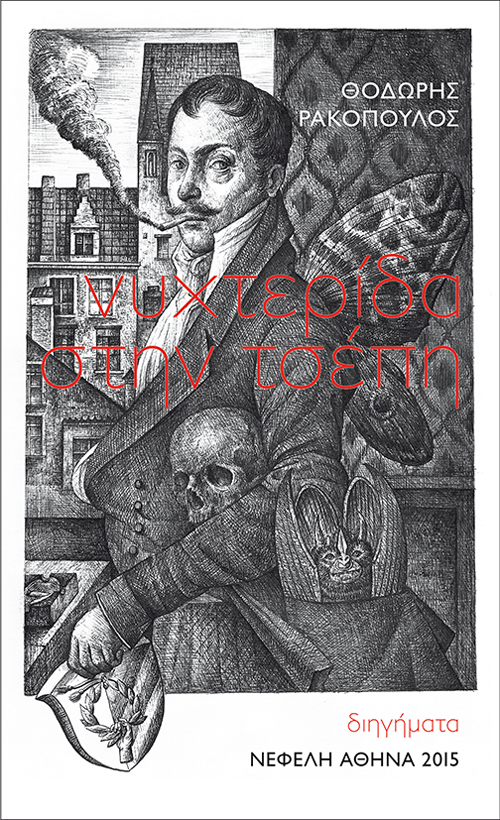