Short stories by Maria A. Ioannou

Carefully chop a person into same-sized bits. Throw away what’s left or put aside to use later in a stew. Stuff the belly with thoughts and various kinds of sinkers. Sew it up tightly with a hopeful and much promising thread. Baste with a smidgin of love and one or two finely crushed words.  Pour in a full glass of despair. Add some black humour, if you have it. Watch out for flies or anything else flying overhead. Place in the fridge for as long as you see fit. Transfer to a cauldron for as high a temperature as you like. Allow to slowly stew in own juice. If while cooking, you notice the person smiling, pay no attention. Raise the temperature slightly.

In the process of boiling and bubbling, the characters of the stories, fill the place with stains and splatters. A collection brimming over with overwhelming charm as it swerves between raw and magic realism. Poetically prosaic and irrationally interactive, just like life itself. The reader is cinematically drawn to the narrative through a writing which at one time flows like a stream and at another, mysteriously disappears. The only short story that escapes the Cauldron finds refuge in the Appendix, as a mere observer of the dark swirling of the rest of the short stories. Sixteen in number. Three of them without a title, interrupting the sojourn, like outbreaths. A TV set is murdered. Demosthenes lives with a baseball bat. Blind Emilio is zapping. Two Siamese cactus plants commit suicide. A woman carries along with her an outcropping. Another one avidly wishes to send rhyme to hell. At that very moment, a picture frame becomes witness to a beheading.  A literary microcosm that subverts and is subverted page by page. And even if Cauldron resists optimism, it continues, as it moves against the stream, to head towards it.

M. Ioannou’s narrative proceeds with honesty, dexterity, balance, imagination and depth. Her writing style which is mature, condensed, elliptical, signifying, mournful (as it fully engages the psychosomatic relations particular to her generation) delves into past and present with personal, political and social allusions. (Thanos Stathopoulos, newspaper Kathimerini, 2011)

Maria Ioannou was born in 1982 in Limassol. She studied English Literature in the UK with postgraduate studies in 20th Century Literature. Her first collection of short stories titled The gigantic fall of an Eyelash (Gavrielides publications, 2011) won the Cyprus State Literary Award for first book and was chosen for the Budapest First Book Festival and the Kikinda Short Story Festival, in Serbia. She often combines writing with other art forms and in 2013 she founded Sardam, an annual festival of alternative literary readings. 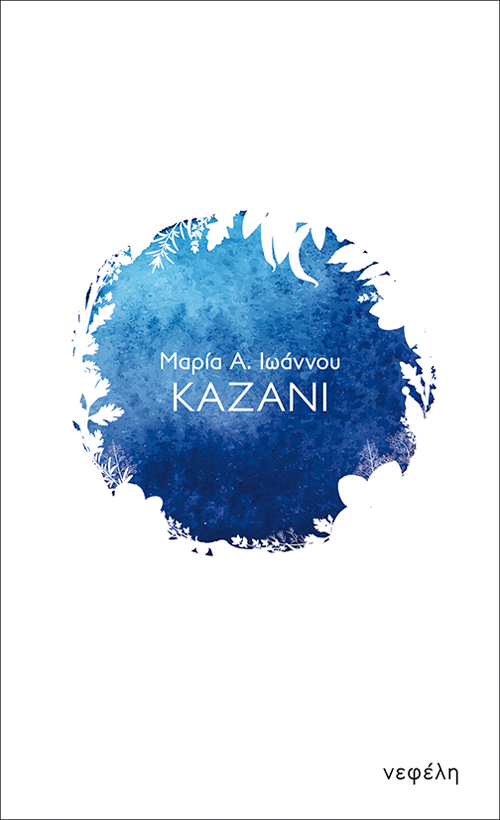