Fox, pray tell, what time is it?

A novel by Vicky Tselepidou

“Fox, pray tell, what time is it?” was a chasing game our grandparents played in their place of origin, Asia Minor, as children, before they were uprooted. Against the background of the refugees and the exchange of populations beteen Greece and Turkey in 1924 – as myth and reality interweave – the relationship unfolds of a refugee grandmother with her granddaughter and through refractions, various scenes from their life are enacted.

On the one hand, the book treats of the legacy brought by refugees from Asia Minor and how our generation (the 3rd) received and managed it, as well as the manner in which this transgenerational trauma of uprooting continues to affect our lives and choices even to this day - by touch, only by touch certain wounds. On the other hand, the subject of violence is highlighted, in its various forms, with an emphasis on the physical and emotional abuse of women.

The source root of evil, perdition, loss, the tragic poignancy of existence, the nostalgia for a motherland that would heal all wounds, the boundary between rational and irrational, what is eventually left after all our existential adding and subtracting, our own legacy to those that follow as a valuable resource in an unmapped itinerary, a retrograde itinerary in search of a destination (in the motherland?) an itinerary that eventually proves circular, inscribed on a hamster wheel.

The book starts out as a compact narrative but gradually, as it develops, what action starts to take place freezes, foreign bodies intervene, the narrators are interchanged, the hands of the clock go back and forth, the narrative is subverted by off-center forces until finally it violently implodes into its ingredients, into fireball-paragraphs and shrapnel phrases, then into mere words, their meaning and their meaninglessness, and finally into void sound-words. A book, in its core, about the function, signification and ultimately, the incapacity of language itself to meet the human need for intercourse and communication. 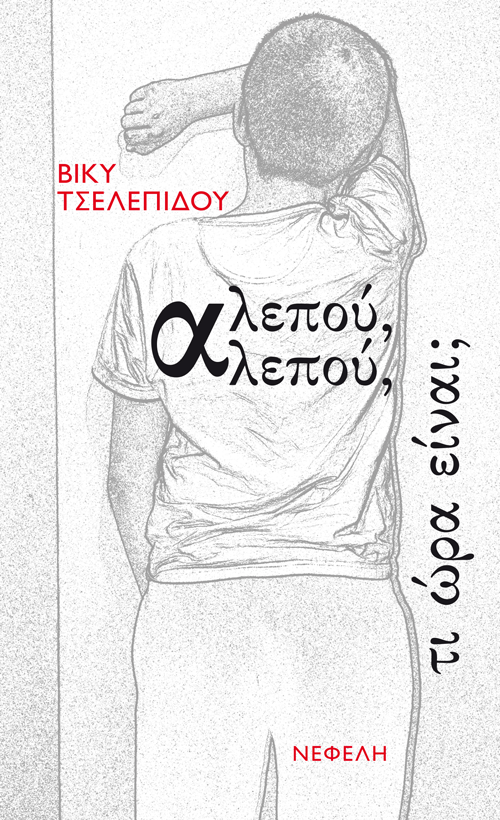 Vicky Tselepidou
Fox, pray tell, what time is it?
a novel