Joke, by author Yiannis Palavos (b. 1980), ranks among the most acclaimed short story collections published in Greece in recent years.

It is one of the few short story collections to have won both major prizes bestowed on story collections in Greece: Joke won both the National Book Award – the highest national literary honor – and the award given by the prestigious Anagnostis Literary Review.

Joke received rave reviews across the Greek press. Critics hailed it as “the year’s literary revelation” and “a spectacular showcase of talent and mastery”, while its author has been praised as a “charismatic short-story writer”, a “young virtuoso of the short story”, a “writer who revitalizes the short story form” and an author who “will grow into a prominent figure of Greek literature”.

Joke comprises 17 stories influenced mainly by three genres: Latin American magic realism, North American dirty realism and the rich Greek short story tradition that highlights rural life. Many of the stories in the collection unfold in the backwater towns of rural Greece, while others take place in Athens and Thessaloniki, Greece’s largest cities. All 17 stories are characterized by their sparing and unadorned language, their bitter sense of humor and the tenderness of their characters.

Praise for Joke in the Greek press:

“These stories are brilliant … This is the best book we’ve read in a while, as far as short fiction goes, at least … A charismatic short story writer.”

“The year’s literary revelation … A precious splash of water to the barren field of contemporary Greek fiction.”

“A spectacular showcase of talent and mastery by a gifted writer, who has every reason to feel at ease about his multiple gifts … Several of the collection’s stories could easily figure in any anthology of modern Greek short fiction.”

“The great thing about the Joke is that Palavos manages to steer clear of all typical literary trends, achieving something that only a skilled and a painstakingly practiced craftsman can reach.”

Giannis Palavos’s first collection of short stories entitled Joke (which is a sort of joke in itself since the name Palavos means “silly” in Greek) received a great deal of attention for its language. The easygoing narration of these seventeen stories about everyday life in Athens and other parts of Greece is telegraphed by the most economical expressions. Almost minimalist. Agricultural terms and student argot are evenly scattered through the text, as if country and city have no place being in different places anymore. American English, the language Palavos prefers to translate, with its subject-verb-object word order seems some kind of excuse for seeing what happens if one places things carefully whether an elevator in a shaft or a repeated phrase at the beginning, middle, and end of a sentence. Much the way a translation functions in its new context this collection turns Greek fiction into a reflection on the impossibility of anything purely national. We are all from elsewhere and so are our stories. But transformation and channeling don’t stop at language. Gender too is in crisis. Not since Kostas Taksis’s Third Wedding has Greek literature given us such a sense of how men can write women. Is it silly to have a guy writing about this girl with her period, changing her sanitary napkin in the middle of a field in some backwoods town in Greece? Is it silly if a guy expressed his maternal instinct with a pig called Maria? Yes and no. Like all of Palavos’s stories the verdict has yet to be decided. We don’t know if telling stories that are American and Greek with a bit of Europe thrown in, or are about boys who act like girls are silly or terribly serious. Just like we don’t know what to think about Greece today. What Palavos’s stories give us, though, and here there is no waiting game, is the excuse to experiment, however modestly, and let language do the work we can’t do any other way, at least not yet.

sample translations are available in 7 languages 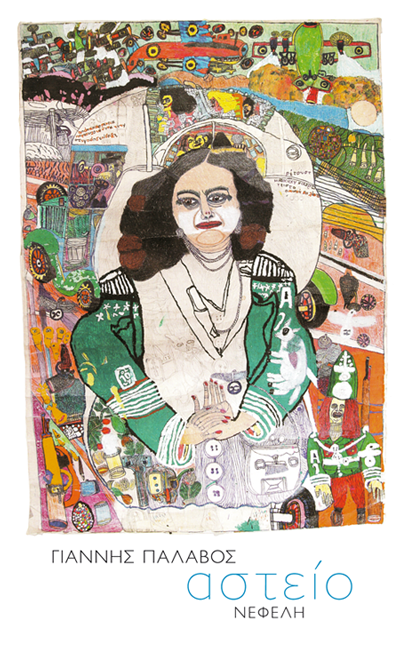 PLEASE NOTE:
This book is awarded with the GREEK NATIONAL BOOK PRIZE

"Joke", the short story that lent its name to the collection, has been anthologised in the prestigious Flash Fiction International: very short stories from around the world published by Norton & Company in 2015, while several of the book's stories have been translated into a total of 7 languages.

Yiannis Palavos was born in 1980. He studied journalism at the Aristotle University of Thessaloniki and arts administration at Panteion University in Athens. He is the author of two short story collections and the co-author of a graphic novel.