When life opts to revisit upon you a second rendition of your youth, it is not a gift you turn away from. So, after separating from Mari, I found myself without realizing it, surrounded by my old fellow students and by sex workers, reliving my youthful indulgences, amenable to every kind of excess. A murder, however shifts the balance and the gift becomes a nightmare...

For Adultery with Murder (Nefeli, 2013):
“The new star of greek crime mystery novels is named Markos Kritikos, hails from the island of Tinos and lives in Athens[...] The Athens of Kritikos is steeped in the crisis which is creating more and more unemployment and deprivation. The writer is relentlessly critical of politicians and political parties, the Church and the institution of marriage, and of banks which he calls “companies of legal loan sharks” – being himself a bank employee. In any event, he was written a thoroughly enjoyable novel.” Filippos Filippou, To Vima tis Kyriakis (23.6.2013)

For Ban Lifted (Nefeli 2014):
“Marko has given up; he works in a bank, is a rocker and a drinker, ironic, a realist-anarchist, a lover of nature and of women, too, who becomes implicated in strange homicides but always manages to solve the mystery. Ladies and gentlemen, here is the new face of our crime literature. Markos Kritikos (also a banker) has created the quintessential detective of the next door. […] The distinctive literature of Markos Kritikos is reminiscent of some of Simenon’s works, minus commissioner Maigret.” Yannis Baskozos, Ependysi (14.2.2015)

Markos Kritikos was born in Chios in 1968. His roots hail from Tinos and he lives permanently in Athens. He has studies in technical topographic engineering and has put in 3,421 days of employment in a bank. This is his third book. His first two crime novels, (Adultery with Murder, 2013 and Ban Lifted, 2014) have been published by Nefeli publishing. 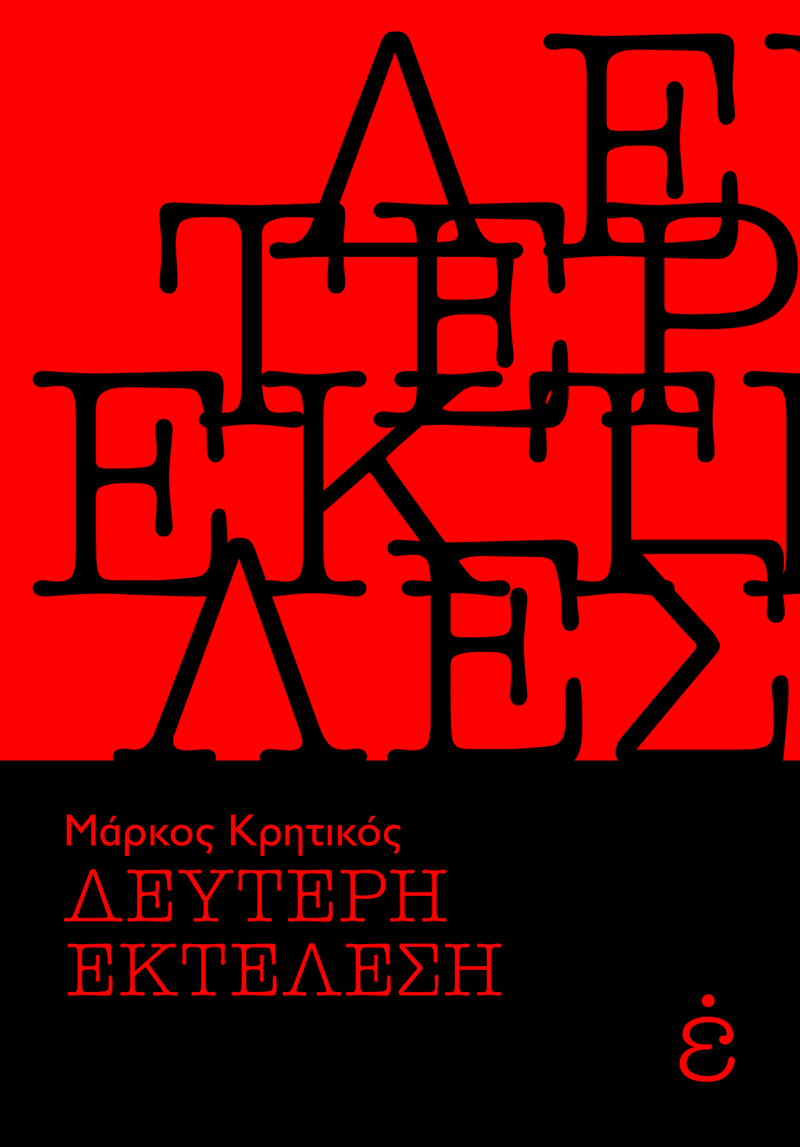