A novel by Sophia Avgerinou

Lazarus is a poor and guileless man. So guileless that he loses his job and his home and wanders about with his wife, homeless, having given away his adolescent daughter in exchange for overwhelming debts. So poor that he can’t even protest against the trials and tribulations. He can only keep silent. Until he is given a second chance to speak, to claim his stakes, to avenge himself. A second life. And a third. What does it take for a man to find the voice he has lost?

“The tax collector gave him two or three documents signed and stamped. Order of payment. Foreclosure. Three-day deadline. He was standing, pretending he was reading some left over newspapers. The wealthy man had his gaze fixed on the door in anticipation. Lazarus knew what he was waiting for and he also knew that, all things considered, he should have thrown him out. He nevertheless decided to see where this was going.

When it was time for important decisions, Lazarus beat a retreat through the back door and left some other Lazarus to watch in his place.”

Sophia Avgerinou was born in 1975 in Athens. She has worked as a lawyer and teacher, she is married and has two daughters. She has studied Law, Philosophy of Law and German Literature and is a PhD candidate at the University of Athens. She has had the novel Chronicles of Deviltown published by Vivliopolion tis Estias, where she has also worked as a translator. The Other Lazarus is her second novel. 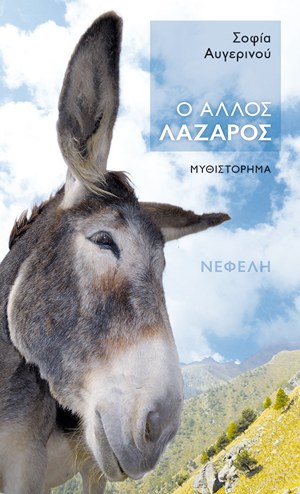 Sophia Avgerinou
The Other Lazarus
a novel