A novel by Mihalis Mihailidis

1995. The works for the materialization of an ambitious project, the Øresund Link, commence in and around the strait that separates Denmark from Sweden. For the completion of this project, an immersed tunnel, an artificial island and a cable-stayed bridge must be delivered in five years.

The Øresund Link must connect Denmark and Sweden by a motorway and by a railway – in fact, this link must connect the thriving Copenhagen area and the declining Malmö area. Moreover, according to Danish and Swedish high-ranking officials, the colossal construction must function as a growth stimulus in two facing regions and as an efficiency paradigm for the whole of Europe.

Mihalis Mihailidis was born in Athens in 1969. He is a graduate of the Economy Faculty of the Athens University, has studied film direction in Athens, and has been awarded the best novel prize of Diavazo magazine (2003) for his book The Bitch and the Whelp. His novels so far are: The Mechanism of Confusion (1997), The Pool of Memories (1999), The Bitch and the Whelp (2002), Night Ride (2006), Freak Show (2009), The Supervisors (2016). Some of his literary works have been translated and published in Italy, Poland and Germany. 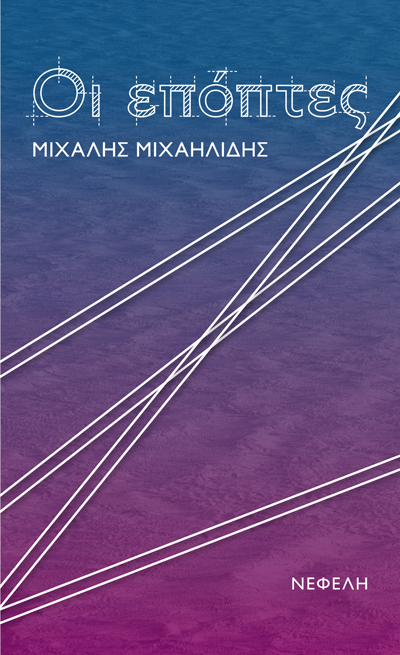 Michael Michaelides
The Supervisors
a novel