Victoria does not exist

A novel by Yannis Tsirbas

Even face to face contact with the direst reality cannot, for some people, bring to the fore their positive identity, not even fear of the ‘beast’ can release them from the grip of apathy.

For others, the last remaining identity is their neighbourhood. And they will stand up for it. In every way possible...

Two strangers meet in a train on its way to Athens. It is certain that they will never meet up again.

One of them unfolds his ‘crammed’ reality, through bits and pieces of his pressured daily life: the foreigners and poverty have a hold on his neighborhood, Victoria.

He fantasizes about his own private ‘final solution’ while stressed ‘Victorians’ from the past interrupt sporadically the narration with reminders that violence is anything but a modern day phenomenon.

At the same time, the other passenger (the reader) coming into first-hand contact with a dire reality, journeys from voyeurism to political correctness and from there, to fear and apathy.

His short stories have received awards in competitions in Greece, have been included in anthologies and appeared in literary magazines.

Victoria does not exist is his first novel.

Mixing a kinetic visual style with ripped-from-the-headlines storytelling, Amerika Square is an unflinching look at economic crisis, racism and the mass migration economy—where “borders are business. Based on the Novel “Victoria does not exist”, by Yannis Tsirbas (2013, Greece: Nefeli and 2015, France: Quidam)

is based on this book

Yannis Tsirbas on the Human Geography of the Athenian Center, Social Awareness and ‘Imperialism’ as a Book Policy

rights available for all other countries 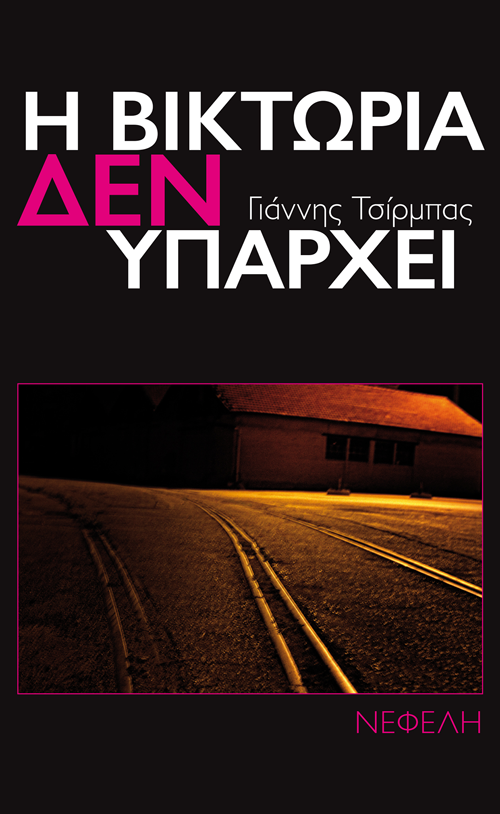 Yannis Tsirbas
Victoria does not exist
a novel